"That's what Hermione does... when in doubt, go to the library."

Okay! I had a lot of fun researching this.. I know I need more sources about ideas and theories rather than just Harry Potter... But there was just so much. Also, I found SO MANY BOOKS IN THE LIBRARY. So majority of my sources are books. Whoops.

Working Thesis: Despite the constant danger, exam cancellations, and deaths that occur almost yearly at Hogwarts, education remains a thriving feature of the Wizarding world, encouraging young witches and wizards to learn in a hands-on and stimulating environment.

(Not really sure how I feel about that... Still a little unsure which direction I'm taking with this thing right now. But that's at least something, right?)

Adams, Laurie. "The Sustaining Power of Imagination: Biography of J. K. Rowling." Critical Insights: The Harry Potter Series. Ed. Lana A. Whited. Hackensack: Salem, 2015. n. pag. Salem Online. Web. 20 Mar. 2016. [Electronic Book]
This short biography of J.K. Rowling is incredible. It talks about her influences in her early and teen years that led to many characters and inspirations for the Harry Potter series. She had a tough home life (a sick mother) and often wanted to leave. She had mean and terrible teachers who gave her inspiration for Snape and wonderfully spirited neighbors named the Potters. This gives more insights as to what J.K. Rowling intended her audience to interpret from her writing.

Booth, Margaret Zoller, and Grace Marie Booth. "What American Schools can Learn from Hogwarts School of Witchcraft and Wizardry." Phi Delta Kappan 85.4 (2003): 310-5. Print. [Journal Article]
This was an oddly set up article. It had the comments of a child concerning the Harry Potter education system with a professor commenting upon and expanding her ideas. While it didn’t feel like it gave me a lot of new ideas, it did touch on the different teachers and teaching styles which I may return to consider. It also talked about teaching stereotypes and how J.K. Rowling uses those to express her thoughts on education.

"Dewey, John." Funk & Wagnalls New World Encyclopedia (2015): 1p. 1. Print.
An informational encyclopedia article on the life and educational ideals of John Dewey. He was mentioned in one of the books I referenced and I wanted to learn more about him. I knew a bit from my education classes but I needed more. This gave me a brief and solid foundation so I can find more about him and reference him in my essay.

Gruner, Elisabeth Rose. "Teach the Children: Education and Knowledge in Recent Children's Fantasy." Children's Literature 37 (2009): 216,235,317. Print. [Journal Article]
This article was extremely helpful. The author is talking about and analyzing three different children’s fantasy books and their approaches to education. It gave an interesting insight to Hogwarts and the shortcomings it has. One particularly thought provoking paragraph was:
But in leaving Hogwarts, Rowling did not really leave education at all. In fact, the departure from Hogwarts makes a fitting conclusion to the way she treats education throughout the series. Hogwarts, after all, is hardly the bastion of higher learning one might wish for. Rather, it is home to petty tyrants, boring lecturers, and pedagogic practices that seemed to have changed little, if any, since the school's founding. The surprise, in some ways, is not that the three protagonists left Hogwarts, but that they didn't leave it sooner. Deathly Hallows demonstrates that the true education Harry and his friends received at Hogwarts was in spite, not because, of the institution—or at least the curriculum, professors, and pedagogy—over which their beloved headmaster presided.

Pinsent, Pat. "The Education of a Wizard: Harry Potter and His Predecessors." The Ivory Tower and Harry Potter: Perspectives on a Literary Phenomenon. Ed. Lana A. Whited.U of Missouri P, 2002. 27-50. Print. [Online Book]
This chapter of the book is focusing on comparisons between Hogwarts as a school and other literature about magical schooling and education. It lists off many books that I had no idea were so similar to Harry Potter. I was fascinated reading about different witches and wizards learning in boarding schools in DIFFERENT BOOKS. Its, apparently, a common theme. Who knew?

Realizing Autonomy. Eds. Kay Irie and Alison Stewart. Palgrave Macmillan, Houndmills, Basingstoke, Hampshire; New York, 2012. Print. [Book]
This was an extremely interesting read. It’s all about education and learning styles. One chapter was a paper written by an English teacher in Japan and the research they did using concepts from Harry Potter in the classroom. It was helpful because their researched focused on a scene with Professor Lupin that I am planning on focusing on. They read and watched the scene with the students in order to help the students recognize what Lupin does to alleviate the students’ (and, more specifically, Neville’s) anxiety in the classroom. The study followed the students and their reactions to it and the responses they gave that showed how analyzing this scene helped them in real life.

Stypczynski, Brent. "Wolf in Professor's Clothing: J. K. Rowling's Werewolf as Educator." Journal of the Fantastic in the Arts 20.1 [74] (2009): 57-69. Web.  [Journal Article]
This article talked about Professor Lupin again. But this time, there was more analysis of his actual character that I would like to take further. The idea of him being a shapeshifting werewolf says a lot about his character. He has to switch between being an educator to being afather-ish figure / friend of Harry’s dad. The two different roles switch often throughout the Prisoner of Azkaban.

The Ultimate Harry Potter and Philosophy. Ed. Gregory Bassham. Wiley, Hoboken, N.J., 2010. Web. [Book]
This book is amazing! Every chapter focuses on a different aspect of the Wizarding world of Harry Potter in a philosophical way. The chapter I read was “Hogwarts: The Good, the Bad, and the Ugly.” It focused on the reasons why Hogwarts was a good school (hands-on learning, focus on student interest, and connecting school to everyday life) and why it was bad (untrained and unqualified teachers, dangerous situations, and a lack of well-rounded education). I gleaned a lot of information from the book and found the bibliography especially useful for finding more resources. 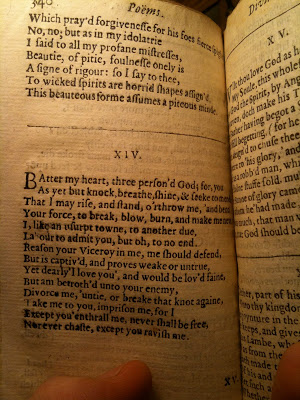